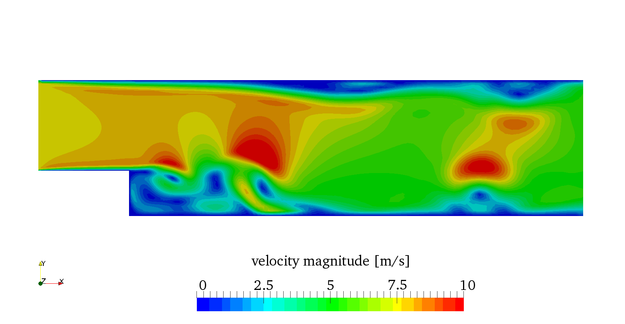 Most of the real life problems you would like to tackle include some sort of turbulence. These videos

will give you a detailed explanation on transient turbulence modelling in OpenFOAM. Often you cannot avoid to explicitly depict the transient phenomena in a turbulent flow. For that you have to be able to choose the correct model. Additionally you have to understand the difference between RAS and LES models. In this tutorial you will learn about